#BeyondVisibility — in Pride & Beyond, a challenge to expand vision & action 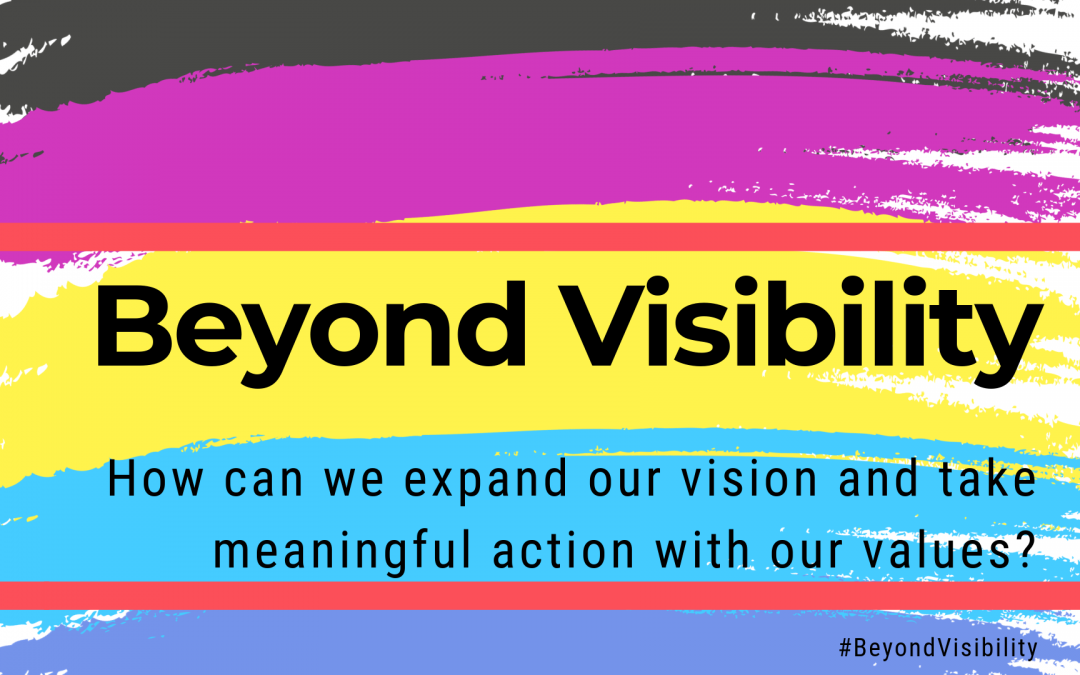 For the month of June, we’re exploring BEYOND VISIBILITY

This month’s theme, Beyond Visibility, was inspired by a conversation we had at last month’s Get Cozy + Creative. We were talking about the spectrum of light and vision, and how this really crazy animal called the Mantis Shrimp (of The Oatmeal fame) can see colors we humans can’t even imagine — because we’ve got three types of color receptive cones, while the mantis shrimp has SIXTEEN. What wonderful undersea things and colors and hues must they be able to perceive? Can we even imagine them?June is Pride Month, where the LGBTQ+ community commemorates the Stonewall Riots (which happened 50 years ago this year) and celebrates LGBTQIAAP+ visibility, pride, rights, freedoms, advances, etc. Visibility is a really important part of Pride. For those who may not always have felt comfortable being themselves, simply showing up as their full selves can be life-changing milestone. And raising the visibility of trans women of color in particular (some of the most notable leaders in the Pride movement) is something that all LGBTQ+ folks and allies should prioritize this month and every month.

But visibility isn’t always enough, particularly when it comes to non-LGBTQ+-led corporations who may take June as an opportunity to profit from rainbow-themed merch — and not take any action beyond that. Many leaders in the LGBTQ+ movement have rightfully called out businesses, especially large corporations, and individuals, especially influential politicians, who release a rainbow-colored version of a product or company logo, or an inclusive-sounding statement at the start of Pride month, but whose policies and actions do not advance LGBTQ+ justice — or worse, whose policies actually harm folks in the LGBTQ+ community.

With that in mind, our June theme is:

While it’s easy to see how this relates to Pride Month, this also can relate to all the ways in which you can expand your vision when enacting your values in your life and work.

What lies beyond the zone where you focus most of your time? What is a step or two or twelve past the impact of your current projects?

We’re going to take the opportunity this month, at all of our #FeministsWafflesWork sessions, #GetCozyandCreative, our member social (open to *all* this month), book club (this month’s selection is Educated by Tara Westover), social media posts and our mid-month email — to explore this concept further.

We are excited to share this journey with you this month, and we can’t wait to see what we collectively do to go BEYOND VISIBILITY!

How the Philly Pride Flag expanded the spectrum of Pride

Speaking of expanding spectrums of visibility — here’s a very brief primer on the Philly Pride flag, which you’ll see show up in our logo this month: 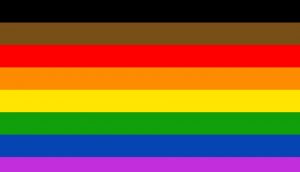 The Philly Pride flag, which has 8 colors

The commission of the Philly Pride flag, a re-design of the traditional 6-color Pride flag, was spearheaded by Amber Hikes, a black queer woman, the executive director of the Philadelphia Office of LGBT Affairs (Philly was the first city to have an Office of LGBTQ Affairs). Design company Tierney designed the flag, which was a response to many queer folks of color’s voiced concerns that they, as people of color (POC) were not being included in the city’s LGBTQ+ community. 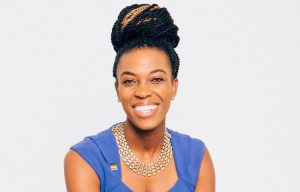 You can learn more about Amber Hikes and the Philly Pride flag legacy in the Philadelphia Weekly. You can also listen to Amber on an episode of Cameron Esposito’s Queery podcast, another great source for LGBTQ+ conversation!

The addition of the black and brown stripes are meant to symbolize the city’s prioritization of including queer POC. This new flag has quickly grown past Philly, though, and is now seen as a more inclusive version of the Pride flag, prioritizing people of color in the LGBTQ+ community, many of whom have traditionally been at the forefront of fights for queer justice.

One way Feminist Oasis is going #BeyondVisibility this month

Okay, so we’re updating our logo this month to show our Pride — what are we doing to go #BeyondVisibility and take meaningful action to advance LGBTQ+ justice?

In addition to Founder Crystal Paradis being the coordinator of Seacoast Outright’s Portsmouth PRIDE event this month (for which she is donating many pro-bono hours in organizing), as a business we’ve decided that 20% of all Feminist Oasis profits this month will be donated to two organizations: ACLU NH’s Trans Justice campaign and Rural Outright.

Supporting the ACLU’s Trans Justice campaign is underwriting important legislative work here in the Granite State, to protect trans folks by not only advocating for trans rights and protections in our state house, but also educating the rest of the state about the barriers to a transgender lived equality in New Hampshire.

Supporting Rural Outright is one small way we can directly support organizing efforts that support our rural queer youth, and redistribute some of our Seacoast resources back into rural areas, where support for LGBTQ+ folks is not always as visible.

Please learn more about these wonderful organizations and consider supporting them, too! More info on the websites of: ACLU NH’s Trans Justice campaign & Rural Outright. 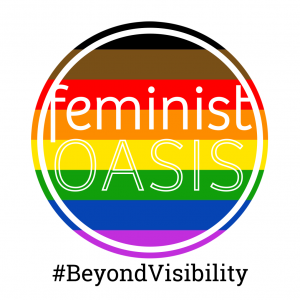 We hope you’ll join us and go #BeyondVisibility by challenging all individuals and organizations to share ways that they’re supporting the LGBTQ+ community beyond a rainbow motif.

And to be clear, we’re not discounting visibility as a critical part of shifting the culture — in LGBTQ issues specifically, profile logo changes have had a measurable impact in shifting the culture. However — in true “Yes And!” fashion — we’d love to see additional actions, too!

Please share how you’re taking action this month with the cross-platform hashtag: #BeyondVisibility