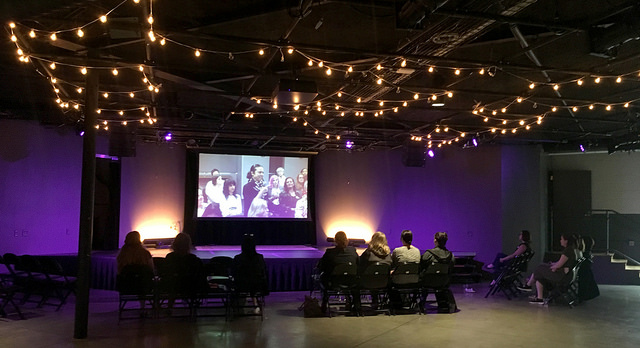 Women’s networking events aren’t just routine ways to meet other women — they are working to rectify a historically-imbalanced mentorship pipeline.

As The New Agenda notes, men and women graduate college with parity, but later on, career trajectories look very different. Part of this is linked to the fact that men have, in most industries, decades more of a mentorship pipeline to tap into.

With this in mind, we gathered at 3S Artspace in Portsmouth, NH on Monday, June 4th, joining over 40 cities around the world to tune into the hour-long National Girlfriends Networking Day (#NGNDay) panel discussion, recapped below. We sandwiched the hour-long panel with 30 minutes on each side of Feminist Oasis speed-networking (#LocalWomxn250x3-style) with our local sistren.

Thanks to The New Agenda for organizing this day! 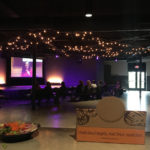 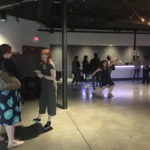 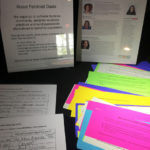 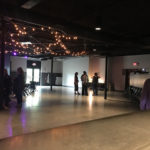 The New Agenda put together a stellar panel for National Girlfriends Networking Day (#NGNday) 2018. A doctor, a comedian and a CEO rounded out the panel nicely, moderated by The New Agenda’s president, Amy Siskind.

Below are my notes from the panel discussion. I’m sure that some of these notes are slightly modified from actual quotes, but they match my memory to the best of my ability! Check out the #NGNday hashtag on Twitter and Instagram for more takeaways and to see photos of gatherings around the world who joined us on the livestream.

AMB: I wanted to be a comedian, I wanted to be on TV. But when it came time to start my career, I didn’t see anyone who looked liked me doing what I wanted to do. So I went to grad school instead. The biggest, most expensive mistake of my life. Any decision you make out of fear isn’t going to work out.

AS: No matter how you choose the work-life balance, it’s going to be okay. There is no “right way”

Any decision you make out of fear isn’t going to work out. — Ashley Nicole Black, #NGNday panel

What do you wish you knew when you were 22?

RM: Walk with the confidence of a mediocre white male.

ANB: Release a little pressure from yourself. No matter what decision you make, you get to make another one pretty soon after. If you choose wrong, it won’t haunt you forever

What is something unexpected that happened and how did you handle it?

JPR: My father died — I got through it with a supportive network of friends, and by staying focused on doing work that I loved.

ANB: Build that support network around you, and take the time you need.

RM: I didn’t account for developing spiritually as a person. I ended up leaving my highest-paying job ever, went on a retreat and took some time for myself. I wouldn’t be the CEO of Patagonia today if I hadn’t taken that time. My gut has been right 100% of the time.

AS: If you’re just graduating college or leaving high school, you may think your next chapter is your last chapter. It’s not — it’s your first chapter. You’ll have many chapters, and that’s okay. Do things you love. When those things don’t give you what you need anymore, don’t be afraid to step back and do a different thing. You have to be your own best self-advocate.

What failures have you overcome?

ANB: I worked for Second City on a cruise ship for way. too. long. I hated it but kept trying to shoehorn myself into it because it was a successful comedy route. It’s like when you’re dating someone who calls you ugly and you grit your teeth and say, “I’m going to stay until you love me!” Next time you hear someone not appreciating you, I hope you remember my voice: LEAVE! We tend to force situations even if they aren’t right. Sometimes you just have to let go of getting affirmation from the wrong sources.

JPR: For doctors seeking funding or nonprofits seeking grants — you’ll get a lot of “no”s. Whenever possible, email them back and ask them for feedback. Learn from it, make it better and re-apply next time.

RM: There was a job I was at for too many years that I wish I had left sooner. Probably after three years I could tell it wasn’t a good fit and should have moved on.

AS: Even if you have to take a step back to take a few steps forward, it’s okay.

If you have to take a step back to take a few steps forward, it’s okay.  — Amy Siskind, #NGNday panel 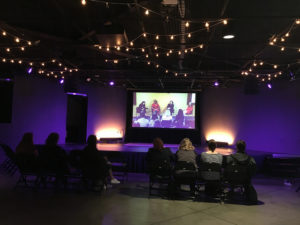 Young people seem to be more active in social issues now than ever. What advice would you give them?

RM: We keep hearing “The Future is Female.” Well, the present is female. Women need to just feel comfortable leading. Women need to just be comfortable to rule. Many manager roles I’ve had before, I saw women were 10X less likely to ask for a promotion, which is a statistic we must overcome. At Patagonia, we don’t have that particular problem because we’ve reached gender parity — probably because we’ve had on-site child care for 30 years.

JPR: Young people being active is great, but to a certain extent parents need to do some of this work, and let kids be kids.

AS: Sometimes I see how oppressive parents can be without even realizing it. For example, telling your daughter to just ignore being belittled — you may think you’re making her stronger, but you’re not empowering her, her disempowering her. Never cower away from what is bothering you.

How has your spirituality impacted your career?

ANB: My dad is a minister. I make a living saying bad words on TV. But we both view our job as the same — trying to bring people in to question things.

RM: I have reacted away from spirituality when I’ve heard them having negative things to say about women or about my sexuality. But rejecting spirituality will only get you so far. It’s really about developing more compassion. Seek to be curious and compassionate towards others.

AS: Being present and finding a way to deal with stress is key.

Seek to be curious and compassionate towards others. — Rose Marcario, #NGNday panel

Have you been successful getting men to mentor you? And if so, how?

JPR: I don’t think gender matters, you just need to find a mentor. In my field, it’s more of an apprenticeship, which has worked well in my experience regardless of gender.

ANB: Agree that gender doesn’t matter, but to the point of how you get a mentor: don’t just email someone you like and ask them to be your mentor. Don’t ask Oprah. Find someone in your circle already, and offer to do something that they need like helping them answer emails, and then say if they have time later, you’d love to take them to coffee and ask them some questions. Make it a better deal for them to say yes to. Find someone just a step or two ahead of you, it’s more realistic.

What is one tip for successful work-life balance?

AS: Forgive yourself. Be gentle and be kind to yourself.

RM: I was once stressed, and called my (male) mentor and said I was having trouble finding balance. “There is none,” he answered. This was both discouraging but also made me feel better that really no one is doing it “right.” I also meditate every day, it really helps give perspective to check in before your day, or after your day.

JPR: When I take vacation with my kids, it’s non-negotiable no-phone and no-computer time. I don’t answer my email during that time. Nobody has died. And nobody will die. Once you set that time aside, prioritize what you want to spend time doing, and who you want to do it with.

ANB: Find humor. It can be really hard to not be heard, so keep humor. Practice saying, “I wasn’t finished talking,” with no emotion. It’s hard not to express frustration, but if you do you become “the crazy woman.” So with no emotion, just say, “I wasn’t done talking.” “I just said that.” “That’s so funny, I just said that.” Keep saying it. After you say it the 10th time, something magical happens and they start hearing your voice. It doesn’t work the first time, but just keep saying it. Eventually they will get tired of being interrupted and they will start pre-listening to you.

RM: Sometimes I have found it an advantage to be the only woman in the room. It has empowered me to express even my craziest ideas. It’s good to disrupt the status quo.

AS: What we hold in as being different is not always a big deal to others. Own who you are with pride.

After you say it the 10th time, something magical happens and they start hearing your voice… Eventually they will get tired of being interrupted and they will start pre-listening to you.— Ashley Nicole Black, #NGNday panel

Lots of younger people are overwhelmed and disempowered. They want to be relevant but they don’t know how. They feel powerless. What would you tell them?

AS: Our world has changed with social media. You have a voice. Keep using it. Don’t get bogged down with negative responses or feedback — that’s what the block button is for. Keep talking — even if you only have 10 followers, someone is seeing your words.

JPR: Take time for yourself. Volunteer. Focusing outside of yourself can help you reset.

ANB: Learn to play the piano. That random Wednesday when you finally get that scale right, you’ll feel that sense of accomplishment. Whatever it is: playing piano, etc., find those small wins outside of work and it will carry you through.

RM: The cure really is action — maybe it’s mentoring someone.

AS: Run towards, don’t run away from. Go to things. Show up — seek the world out more.

What’s a big mistake you’ve made?

ANB: Forgive yourself. When I made that terrible decision to go to grad school, sure, I have to live with the debt for a long time, but I still kept going. Just forgive yourself and keep living life.

RM: I love my failures and my mistakes. They teach you something. My only real regrets are around personal time with people I love. Ashley, I’m sorry about your debt, though.

ANB: It’s the most steady relationship I’ve been in. *laughter*

AS: Find time in nature. I grab my dogs and go for a walk. Even if I have to be on my phone to check in with work, just taking time to be out in nature is really helpful.

JPR: I focus on my next patient. They have bigger problems than I do right now. Focusing on others keeps you grounded.

RM: Not listening to the critics. I’ve never really had trouble taking risks.